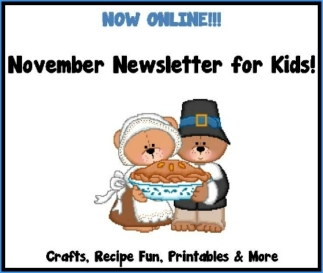 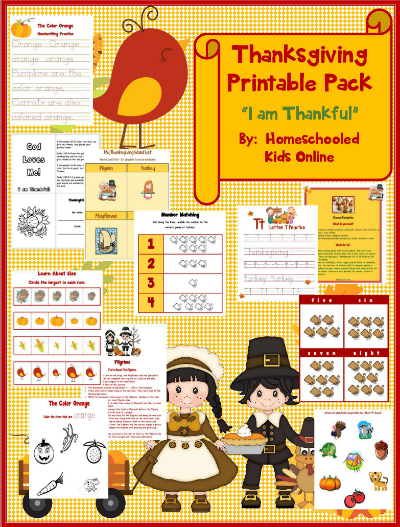 A Thanksgiving Unit Study designed to enrich your Thanksgiving holiday. In additional to the numerous printable activities, your child will learn that the gate to God's heart is always open and that God loves them.

Learn all about pilgrims and the holiday of Thanksgiving through crafts, activities and recipes. 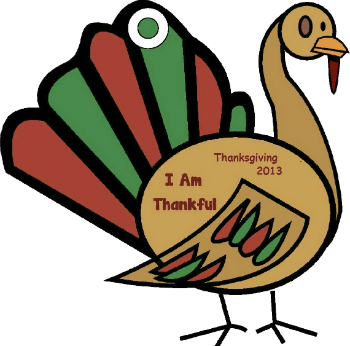 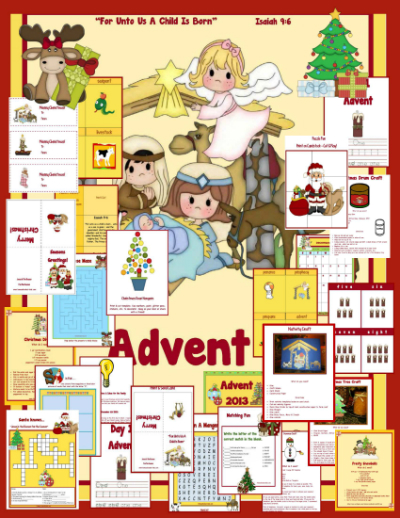 
Check out our newsletter designed just for kids! Each issue features crafts, activities, games, contests, learning activities and so much more! 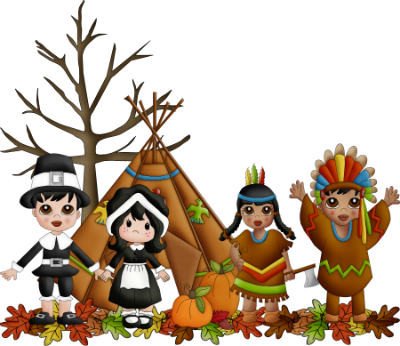 Enter into his gates with thanksgiving, [and] into his courts with praise: be thankful unto him, [and] bless his name." Psalms 100:4

What does the word "thanksgiving" mean? Thanksgiving is the expression of gratitude and the giving of thanks. Being thankful is a feeling and a showing of gratitude. To praise means to verbally express your admiration, to honor and to glorify with song. Being grateful is feeling and showing appreciation for the kindness and benefits that God has given YOU!

What are YOU thankful for this year? Take time to count every blessing and to give thanks to the Lord for all He has done for YOU!

Thanksgiving Day , legal holiday in the U.S., first celebrated in early colonial times in New England. The actual origin, however, is probably the harvest festivals that are traditional in many parts of the world Festivals and Feasts. After the first harvest was completed by the Plymouth colonists in 1621, Governor William Bradford proclaimed a day of thanksgiving and prayer, shared by all the colonists and neighboring Native Americans.

"And another angel came out of the temple, crying with a loud voice to him that sat on the cloud, Thrust in thy sickle, and reap: for the time is come for thee to reap; for the harvest of the earth is ripe."
Revelation 14:15

Definition of harvest: the gathering of ripe crops, the crops or the amount so gathered, or the season in which they are gathered.

In 1623 a day of fasting and prayer during a period of drought was changed to one of thanksgiving because the rain came during the prayers. Gradually the custom prevailed in New England of annually celebrating thanksgiving after the harvest.

During the American Revolution a yearly day of national thanksgiving was suggested by the Continental Congress. In 1817 New York State adopted Thanksgiving Day as an annual custom, and by the middle of the 19th century many other states had done the same. In 1863 President Abraham Lincoln appointed a day of thanksgiving, and since then each president has issued a Thanksgiving Day proclamation, generally designating the fourth Thursday of November as a holiday. Thanksgiving is a statutory holiday in Canada, celebrated, since 1957, on the second Monday in October. Observance of the day began in 1879. "Thanksgiving Day,"Microsoft Encarta 98 Encyclopedia. 1993-1997 Microsoft Corporation. All rights reserved.

Separatists, dissenters who withdrew from the Church of England during the 16th and 17th centuries because of their dissatisfaction with the ritual used in worship and with the state control of religion in England. The English clergyman Robert Browne was influential among them, and his followers came to be known as Brownists. His writings contain perhaps the earliest statement of Congregational principles Congregationalism. In the 17th century the Separatists became known as Independents; their congregational system was brought to America by thePilgrims Microsoft Encarta 98 Encyclopedia.1993-1997 Microsoft Corporation. All rights reserved.

Puritanism, a movement arising within the Church of England in the latter part of the 16th century, which sought to carry the reformation of that church beyond the point represented by the Elizabethan settlement , an attempt to establish a middle course between Roman Catholicism and the ideas of the Protestant reformers Church of England. It had a continuous life within the church until the Stuart Restoration. "Puritanism,"Microsoft Encarta 98 Encyclopedia. 1993-1997 Microsoft Corporation. All rights reserved.

Order a book from Amazon.Com to explore Thanksgiving as a family!

Mayflower Compact , first colonial agreement that formed a government by the consent of the governed. The Mayflower Compact was signed in 1620 by Pilgrims, English people hoping to establish a settlement in North America. The agreement was completed on the ship Mayflower,which was anchored off the coast of Massachusetts.

The Mayflower that brought the Pilgrims to America was never used again as a passenger ship.
There were 51 men, 22 boys, 20 ladies, and 11 girls on board the Mayflower. The oldest Mayflower passenger to participate in the first Thanksgiving was William Brewster. He was 54 years old.

The compact gave the settlers the power to frame and enact laws for the general good of the planned settlement. Most of the Pilgrims were members of the Separatist congregation that had split from the Church of England. However, some were not, and these people sought independence from the Separatists. To prevent this, Separatist leaders wrote the compact, which was modeled after the covenant that had established their Separatist faith. Each male adult signed the document. The signers agreed to follow all just and equal laws that the settlers enacted and to be ruled by the will of the majority. Plymouth Colony did not receive an English royal charter, and so the compact determined governmental authority in the colony until it became part of the Massachusetts colony in 1691."Mayflower Compact," Microsoft Encarta 98 Encyclopedia. 1993-1997 Microsoft Corporation. All rights reserved.

What did the Pilgrims wear?

Visit Plimouth on the Web!

Did you know that of the 102 original Pilgrims that 47 died the first winter?

How does your family celebrate
Thanksgiving?

Thanksgiving is a time for families to create traditions and memories that last a lifetime. When planning your family's festivities, be sure and include your children in the planning. Children can help prepare the Thanksgiving Day decorations, table settings, and the actual feast itself!

~~~ What are you thankful for this year? ~~~
Take the time this Thanksgiving to write down EVERYTHING that you are thankful for. Seeing your blessings in black and white should create a feeling of gratitude and thankfulness for all that God has done.

Say a prayer of Thanksgiving to God for all of your blessings. 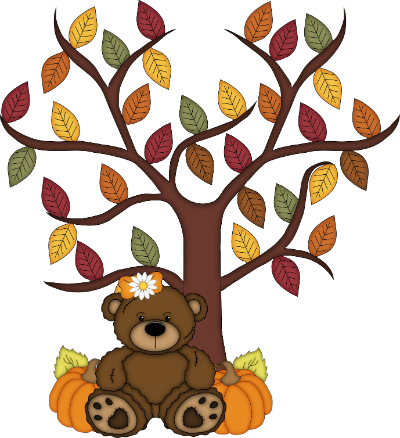 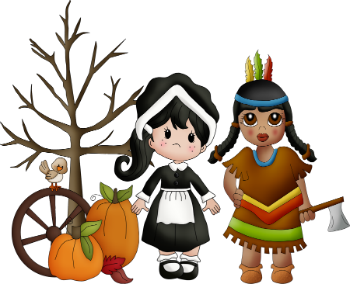 Online Bible study for kids
Join Today! check it out! 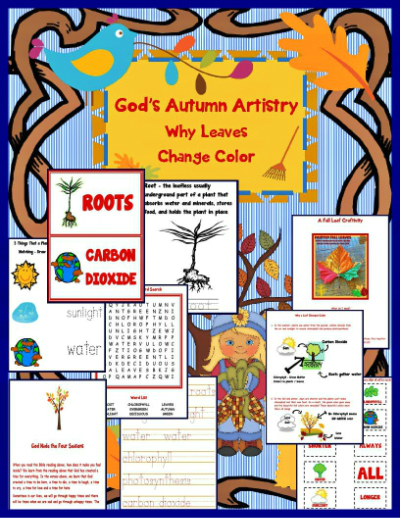 Ecclesiastes 3:1 "There is a time for everything, and a season for every activity under the heavens"

Celebrate the beauty of Fall and discover why leaves change colors. Our "God's Autumn Artistry" packet is a week long packet designed to educate your child about God's hand in our seasonal changes.